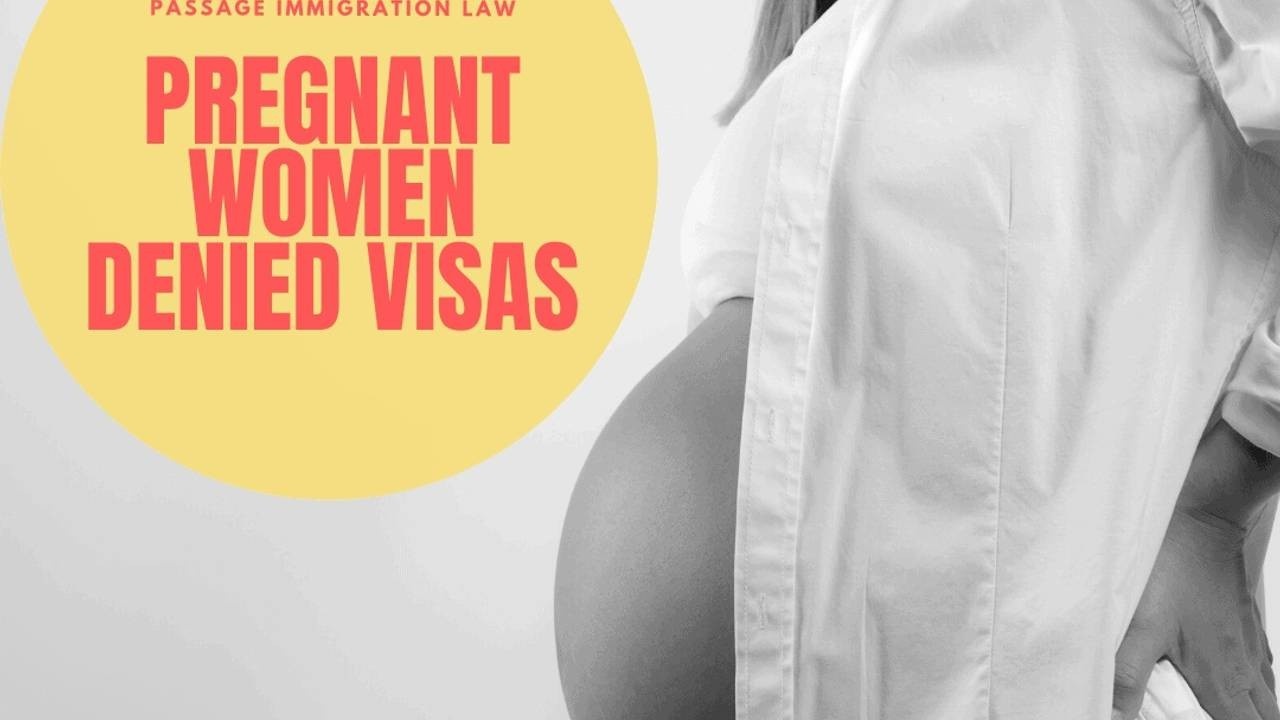 The Department of State has issued a new policy alert asserting that pregnant women who seek to enter the US on a B1/B2 visa (for visiting friends or family or for medical treatment) will face additional scrutiny. The proposed policy aims to reduce what is known as “birth tourism” in which foreigners enter the US on temporary visitor visas while pregnant with the intention of giving birth in the US. Under current law, children born on US soil automatically obtain US citizenship.

According to the State Department under Trump, “Birth Tourism” is a significant issue and national security issue. However, according to the New York Times report, State Department officials conducting a policy briefing were unable to provide any examples of how this poses a threat to national security, and also provided little data on how frequently it was actually happening. According to officials, instances of intentional birth tourism are very hard to track.

It is not completely clear how the administration will uphold a new stricter policy regarding visas for pregnant women, as it is not lawful for consular officers to administer or require pregnancy tests during the visa interview process. Most likely we will see an increase in discretionary denials for women who are suspected to be pregnant or who are nearing their due date if they cannot prove a genuine reason they must enter the US (such as a family emergency or need for medical procedure, rather than simply for travel and tourism). According to the new regulation, pregnant women will be subject to an additional burden of proving their trip to the US is for reasons other than giving birth to their child.

The department acknowledges that there will be issues in fully enforcing this law for a number of reasons. Many B1/B2 visitor visas are issued with a validity period of up to ten years, allowing for multiple short-term entries during that period. Additionally, citizens of 39 countries nationwide are eligible for a visa waiver program which allows them to enter the US for a number of months without applying for a visa. In these instances, it would be virtually impossible to track or restrict pregnant women from entering the US.

While this policy may not be widely enforceable, Trump has also suggested that he’d like to do away with the entire policy that allows individuals born on US soil to acquire citizenship, also known as “birthright citizenship.” Birthright citizenship is common in the Western Hemisphere; however, many countries, including  Britain, Ireland, Australia, New Zealand and India have restricted or abolished it in recent years.

Birthright citizenship is a Constitutional right set forth in the 14th Amendment, which states that “All persons born or naturalized in the United States and subject to the jurisdiction thereof, are citizens of the United States and of the State wherein they reside.” While President Trump has expressed that they would like to challenge whether or not this right should be extended to undocumented individuals, he does not have the power to abolish a Constitutional right without approval of all other branches of the government.

Under the Trump administration, denials of B1/B2 visitors visas have skyrocketed. Putting restrictions on pregnant women is just one example in a long list of new policies and guidelines designed to reduce overstay and abuse of nonimmigrant visas. It is more important than ever for all individuals (pregnant or not) to be extremely prepared before attending a B1/B2 visa interview and to keep in mind that these visas are issued at the discretion of the interviewing officer and the chance of denial is very high.