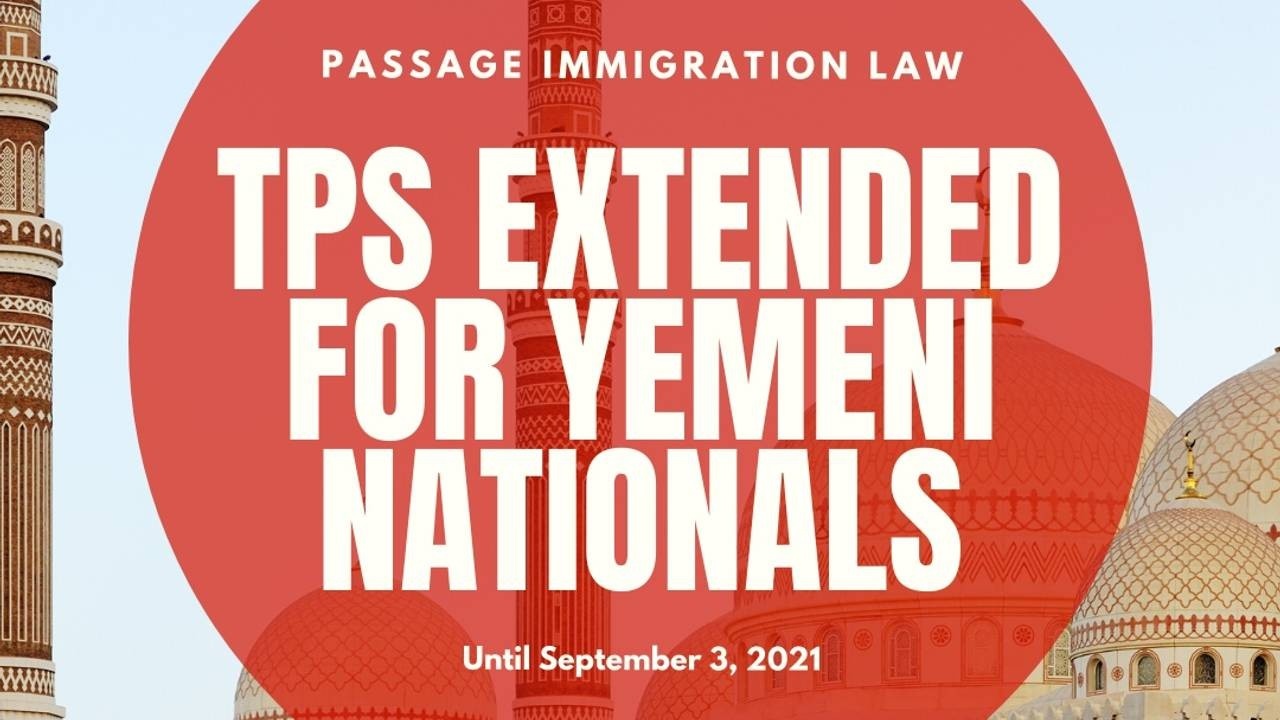 Secretary of Homeland Security Chad F. Wolf has extended the Temporary Protected Status (TPS) designation for Yemeni citizens by 18 months, expiring September 3, 2021. TPS is a program that allows migrants to remain in the US, if during their stay, their home country faced a catastrophe that prevents the migrant from safely returning. Examples of catastrophic events that could lead to a TPS designation include natural disaster, war, and famine.

In November 2019, USCIS extended TPS for six countries: El Salvador, Haiti, Nicaragua, Sudan, Honduras, and Nepal. Previously, the Trump administration attempted to terminate TPS, though the decision was put on hold by preliminary injunctions by a US District Court in California.

This decision prevents the approximately 1,250 Yemen nationals living in the US from facing deportation. In 2019,  the United Nations Office for the Coordination of Humanitarian Affairs named Yemen the world’s largest ongoing humanitarian crisis, and in September 2019 the United Nations Development Programme predicted that if the war does not end, Yemen will quickly become the poorest nation in the world.