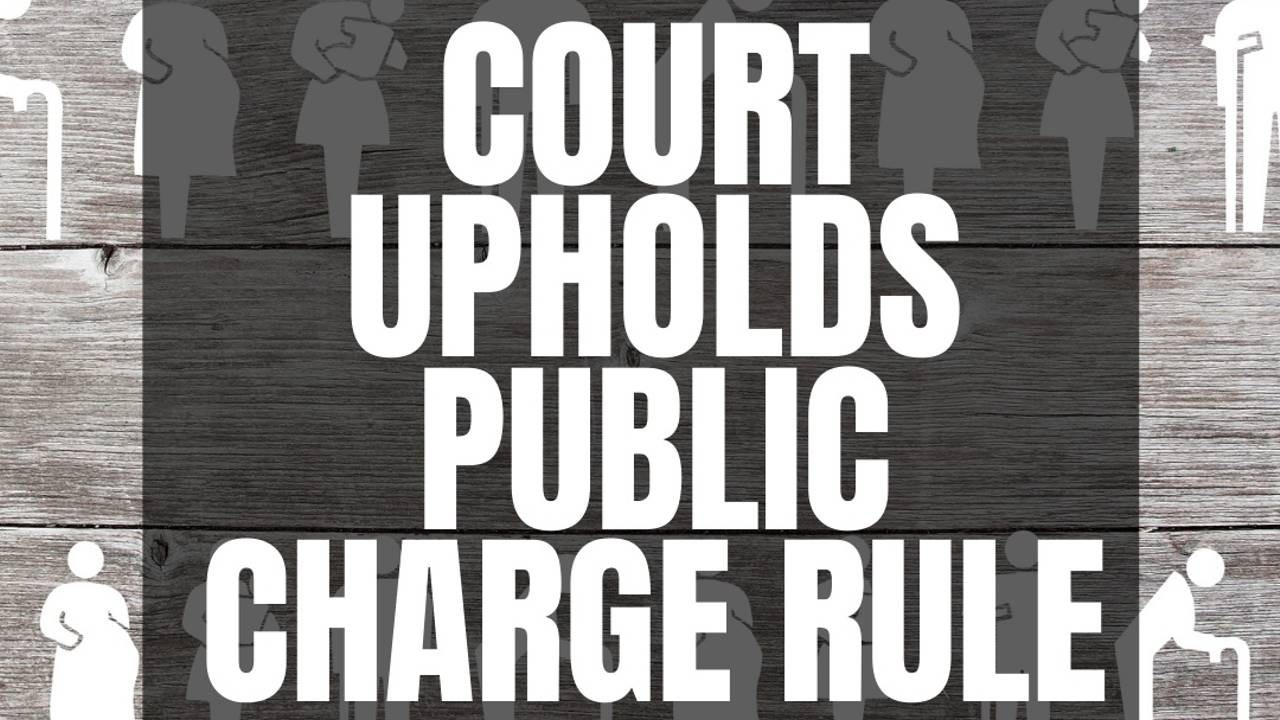 We’ve been following developments in the Trump administration’s proposed “public charge” rule since August 2019. The policy, which would dramatically impact low-income immigrants and their families, has been continuously challenged in court and implementation has been delayed for many months.

Yesterday, the Supreme Court voted 5-4 to allow Trump’s rule to go into effect. The new rule creates a strict definition of who can be considered a potential “public charge” by immigration officers. Green cards will not be approved for applicants who have used public assistance, including Medicaid, food stamps, and housing vouchers, in the three years preceding their application.

Reliance on government assistance, particularly with cash benefits, has been a disqualifying factor for intending immigrants for many years. The proposed new rule expands the existing policy to make it increasingly enforceable and significantly more restrictive. Instead of only denying applicants who have relied on public assistance for food, housing, and health care, the new policy will disqualify anyone who has received supplemental benefits for any reason and for short periods of time.

According to Barbara D. Underwood, the New York solicitor general, “The rule’s vast expansion of ‘public charge’ — to include employed individuals who receive any amount of certain means-tested benefits for even brief periods of time — is a stark departure from a more-than-century-long consensus that has limited the term to individuals who are primarily dependent on the government for long-term subsistence.”

The public charge rule will continue to be challenged in court, but Trump has been given the green light to begin enforcing it. This will have an immediate impact on immigrants who have already filed petitions with USCIS and have upcoming interviews. Immigration officials will be following developments closely in order to adjust to the new guidelines and anticipate potential problems for applicants.

Officials have already seen a decrease in applications for public benefits such as Medicaid, WIC, TANF, and SNAP since the Trump administration announced the proposed rule last fall. Fear of repercussions for accepting government assistance is likely to have a significant negative impact on individuals, families, and young children who would otherwise qualify for supplemental benefits. The rule also unfairly targets lower income immigrants, even those who are not necessarily reliant on public assistance but who have used it temporarily for health reasons or to supplement income in the past.

Applicants with pending petitions or upcoming interviews are encouraged to speak with an immigration attorney before visiting a USCIS field office or US embassy or consulate abroad to avoid a denial based on the public charge rule. It is still unclear what officers will require from intending immigrants before they will issue an approval, but it is likely that applicants will need to complete a “wealth test” that verifies whether or not they have used any kind of government assistance during a certain period of time and places harsher restrictions on income verification.