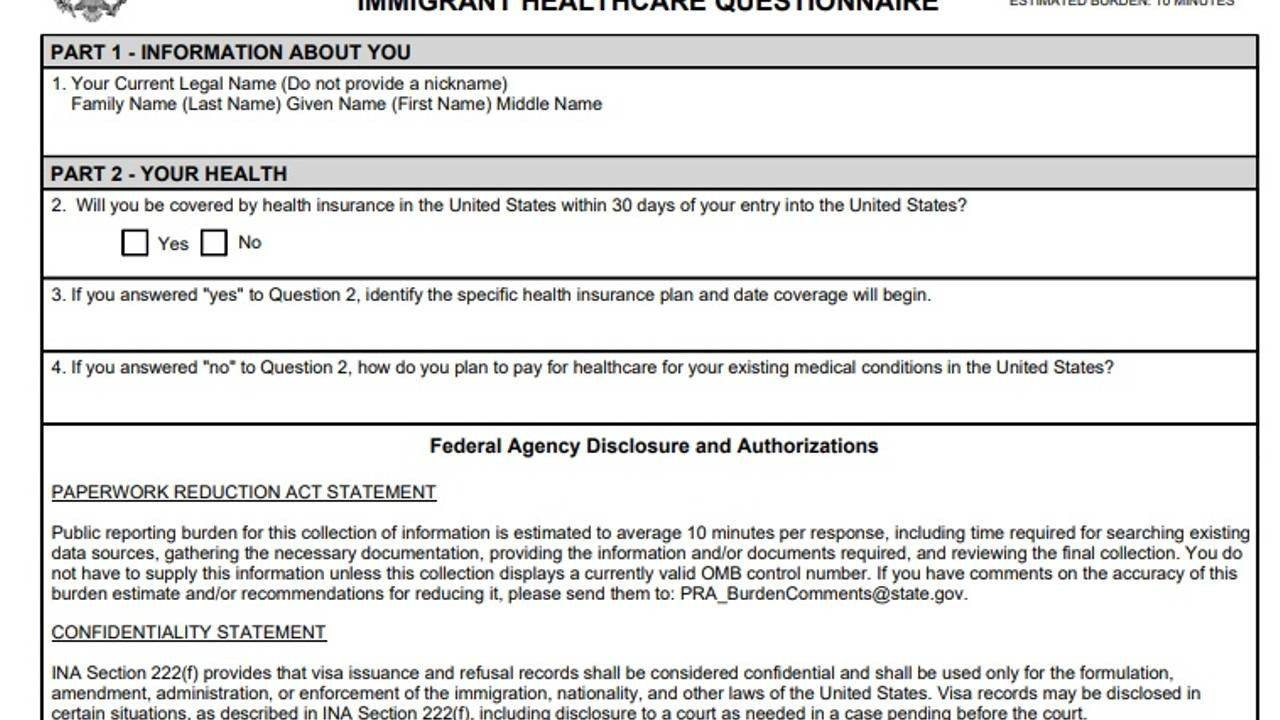 Last week, the Department of State announced an update to the interim final rule following the nationwide injunction of proposed new public charge policies. The interim rule aims to align DOS policies with the Department of Homeland Security, and it specifies that, even though the new policies became effective as of October 15, 2019, they will not enforce them or make use of any new forms until they have been reviewed and approved by the Office of Management and Budget (OMB). The State Department has made clear that applicants should attend their consular interviews as planned and no additional requirements need to be met at this point with regards to the updated definition of "public charge."

The Department of State has now taken an additional step in announcing a 60-Day Notice of Proposed Information Collection for its Public Charge Questionnaire. Interested parties are encouraged to comment on the proposed new questionnaire (Form DS-5540) and related public charge policies until October 31, 2019, when it will be decided whether or not the proposed policies and associated forms will go into effect. The new questionnaire would help consular officers determine whether or not an applicant is likely to become a public charge upon entering the US.

Form DS-5540 is being proposed for use by US embassies and consulates abroad to collect information from applicants regarding their plan for health insurance coverage once entering the US. The Department of State has announced that they intend to require all applicants applying for immigrant benefits abroad to prove that they will be covered by health insurance or have other means of paying for any medical costs once in the US. Immigration professionals expect this policy to be challenged in court alongside the public charge rule.