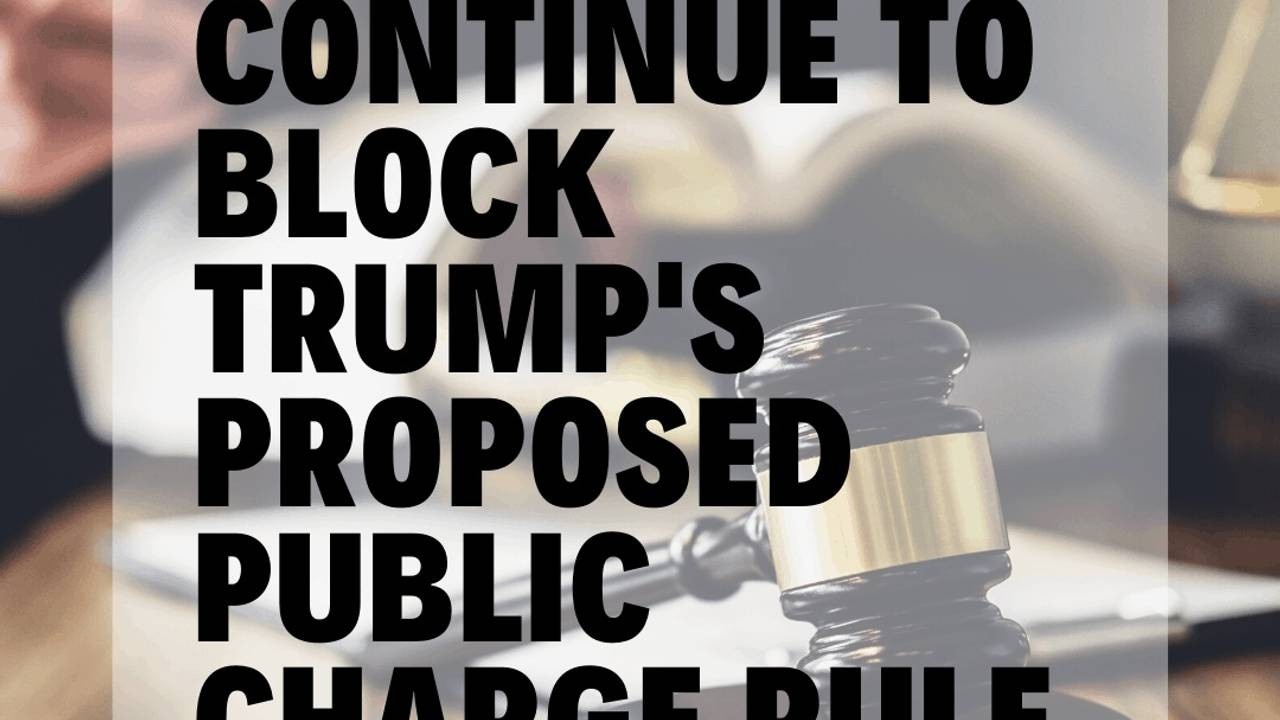 A federal judge in New York denied motions to lift an injunction blocking the Trump administration’s upcoming public charge rule in January 2020, thereby continuing to prevent the rule from taking effect. Immigration officials have been able to deny prospective immigrants due to their liability to become a public charge since 1882, but the criteria of who may be a “public charge” has been left vague and undefined, largely left to the immigration officer's discretion. The Trump administration’s new rule seeks to expand the qualifications of the term to include any potential immigrant who has used at least one designated public benefit for over 12 months in any three-year period.

The rule was intended to take effect October 2019, but at the last minute federal judges in New York, California, and Washington issued temporary injunctions against the rule, blocking its implementation. The judges claim that the Trump administration lacked both a “reasonable explanation” for changing the rule, as well as the authority to change the legal definition of a “public charge”.

Critics argue that the rule’s new requirements are discriminatory against potential immigrants of low socio-economic status and people of color. New York Judge George B. Daniels, one of the judges who blocked the rule in October, stated in his ruling that "the Rule is simply a new agency policy of exclusion in search of a justification" and is “repugnant to the American Dream”. Not only is the rule biased towards favoring wealthier migrants, but may disproportionately exclude immigration from Africa, Latin America, and Asian countries, altering the demographics of those who are permitted entry. Critics also argue that since many potential immigrants are ineligible to receive social benefits, they compose a tiny portion of those using the benefits regardless.

The Trump administration has responded to the rule’s critics, stating that the rule only clarifies existing law, and that the limited US social programs are intended to be used only by US citizens.

Similar temporary injunctions against the rule were recently lifted by appeals courts in Richmond, VA and San Francisco, but the New York decision comes from a court of a higher circuit, and overrides these decisions. As the New York ruling involved a nationwide injunction, enforcement of the rule is halted across the entire country.